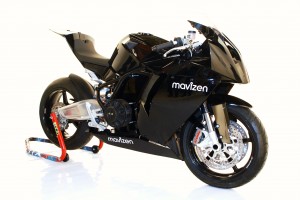 Talk about a slow blog period!  Things have actually been happening, but nothing really blog worthy.

I managed to get out for a motorcycle ride last weekend… took a long ride out to the Whiteshell area and did some nice twisty roads.  Too bad they're falling apart and covered in potholes and sand.

I'm heading out to Calgary next week.  My Bro is back from his year long sabbatical, and I'm visiting with him for a few days.  It should be fun!  I got him more of this, and as long as he doesn't feed it to me, I'll be okay.

The revision is going well.  I have some slow days, of course.  For example, this morning I only got about 350 words.  On average I'm doing about 1500 words a day.  I'll have to put the revising on hold for awhile due to NaNoWriMo, but hopefully I'll be fairly far along when that starts.

It's official, summer is over.  My oldest started Grade 2 on Tuesday, and my youngest starts Kindergarten (full-time, mornings) on Monday.  We managed to squeeze in one more frog hunting expedition and one more day at the beach.  The beach ended up being a tad on the cool side, though the boys loved it, and the frog hunting wasn't as fulfilling as the last time we went.  The frogs, it seems, are beginning to hide for the coming winter.

Along with school starting, I seem to have turned the tide against the general malaise I've had.  I'm back to getting up at 5:00 AM and getting a good 1 1/2 to 2 hours of writing in.  Progress is still slow, since I'm taking draft 0 at ~33,000 words, and turning into a solid draft 1 at hopefully 90,000 + words.  At my current rate of rewriting (since I've got a spreadsheet to watch all this for me), I'll be at ~65,000 words when done.  That's with being only 8 scenes in so far.  I'll get the word count up there.  My speed should increase as well, since both kids will be at school in the mornings.  That'll give me another couple of hours to work.  I'm considerring adding a couple of hours in the evening during the winter months.

I can already hear some people asking what's up with blowing up the word count.  Most writers try to get the word count down on subsequent  drafts.  My outline was at 10,000 words, Draft 0 is a lot of telling and short sentences summarizing actions and feelings and stuff.  Draft 1 takes all of the telling and summaries and builds something that is actually readable.  That's why the word count goes up.  Pruning will happen later.

Oh, and I got the motorcycle on the road for the last warm month.  It was still on the expensive side, but I scrimped and saved and got it all together.  Now if only I could get Marnie home from work at a normal time so I could ride.

As a sign-off, this is one of my favorite songs, and the commercial is cool to boot:

So I went out for a motorcycle ride last Sunday. I left the house and met Steve (FZ1) and Greg (ST1100) and we headed out the Whiteshell. What a blast, 8 1/2 hours of pure fun. Some twisty roads and small hills, on really bad concrete. What more can I ask for? Of course, as we started heading home, I saw a deer in the ditch. It freaked me right out, since if I hit one on the bike I probably wouldn’t be as lucky as I was in the van.

Now that I’m a stay at home Dad, I probably won’t be able to register the bike next year. $2000 for a 2003 bike is a bit steep for me. Now that I’m thoroughly depressed about that…

Sign up for my low traffic newsletter to keep up to date: