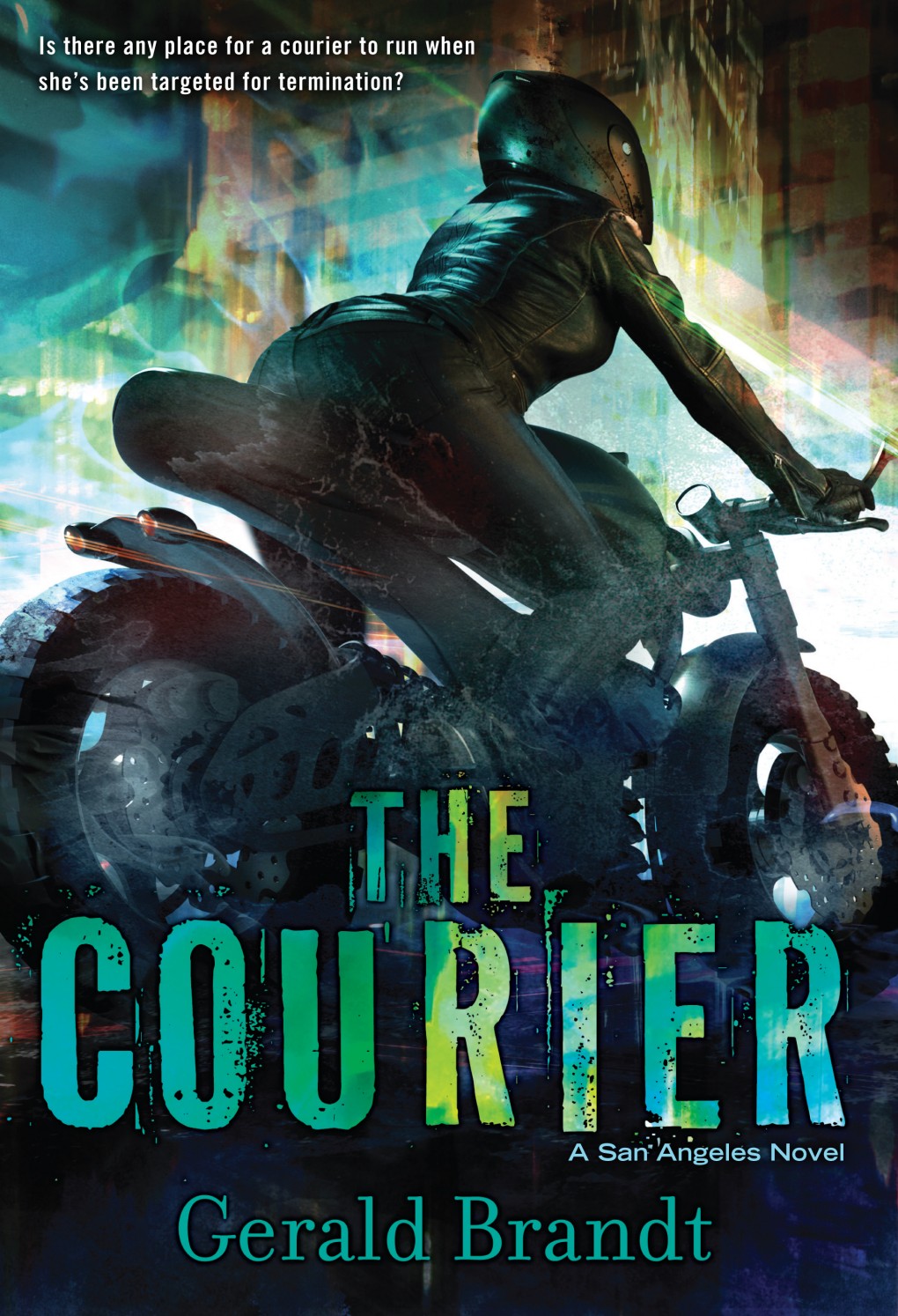 Finalist for the prestigious Aurora Award 2017

KRIS BALLARD is a motorcycle courier.  A nobody.  Level 2 trash in a multi-level city that stretches from San Francisco to the Mexican border.  In a world where corporations make all the rules.  A runaway since the age of 14, Kris struggled to set up her life, barely scraping by, working hard to make it without anyone’s help.  Witnessing the murder of one of her clients changes everything.

Now the corporations want Kris gone, and are willing to go to almost any length to make it happen.  Hunted, scared, and alone, she retreats to the only world she knows: the Level 1 streets.  Running from people that seem to know her every move, she is rescued by MILLER, only to be pulled deeper into a world she doesn’t understand.  They work together to stay ahead of the corporate killers, until Miller falls into their hands.  Kris realizes being alone isn’t the answer, and she’s willing to do anything to get him back.

Audio:
The Courier is available in audio, narrated by Ali Ahn and James Colby. You can listen to an excerpt here.

News About The Courier

March 7, 2016
My Bookish Ways: Gerald Brandt on The Courier, cyberpunk, and what comes next
http://www.mybookishways.com/2016/03/gerald-brandt-on-the-courier-cyberpunk-and-what-comes-next.html

March  3, 2016
io9: All the Science Fiction and Fantasy Books That Everyone Will Be Talking About
http://io9.gizmodo.com/all-the-science-fiction-and-fantasy-books-everyone-will-1762701271

February 15, 2016
My Bookish Ways lists THE COURIER as one of its must Read Books.
http://www.mybookishways.com/…/march-2016-must-reads-in-sci…

February 8, 2016
And here is a fan made video trailer for THE COURIER!
https://www.youtube.com/watch?v=9OoqW8Ft3UA

January 14, 2016
Kirkus Reviews has released their list of 150 Science Fiction, Fantasy, and Horror books to look forward to in 2016.
https://www.kirkusreviews.com/…/150-science-fiction-fantas…/