I was introduced to WordStar many, many moons ago.  I built myself a Ferguson BigBoard CP/M based computer (the system came with a board and parts.  I had to buy my own soldering iron), bought a  Hazeltine Modular One terminal and two 8 inch floppy disk drives.  The terminal is so old, I can’t even find an image of it on the Internet.  That computer eventually fried… don’t ask. 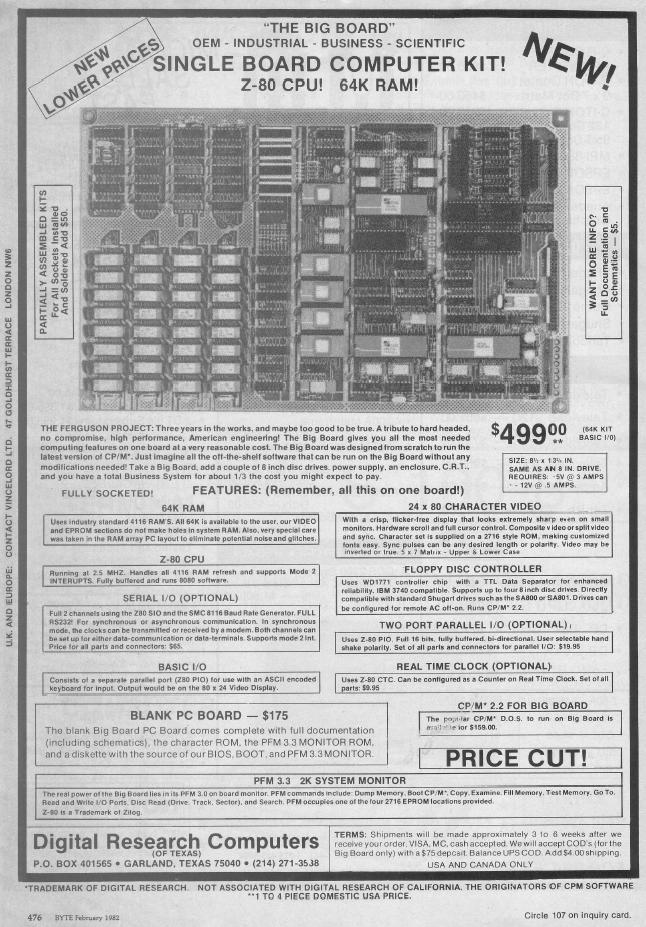 The one thing I truly got from that system, was a deep love for WordStar from MicroPro.  I took to the command sequences like a fish to water.  Even after the BigBoard died, I stuck with WordStar and it’s command sequences.  Turbo Pascal used the WordStar keys, one of the text editors I use today has a WordStar mode (joe).

I’ve even remapped my Caps Lock key to be a Ctrl key to make keyboard navigation easier. That being said, I do seem to have gotten into the habit of using the cursor keys for navigation.  Hmmm. 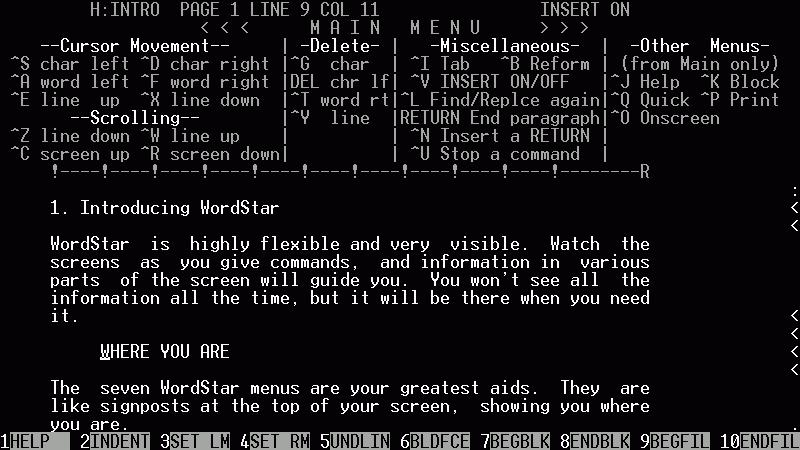 I missed my WordStar.  Oh, I always had a DOS or CP/M Emulator available that would run WordStar, but then I couldn’t print quite right.  The files couldn’t be read by other apps for printing.  It was generally a pain.

So, I decided to double my pain… I wrote a WordStar ‘clone’.  It’s got most of the command sequences in it, it’s missing most of the dot commands, and has only rudimentary formatting support.  Still, it’s getting there.  I can pretty much read and write WordStar 4 and under files.  Wordstar 5 and up is coming. 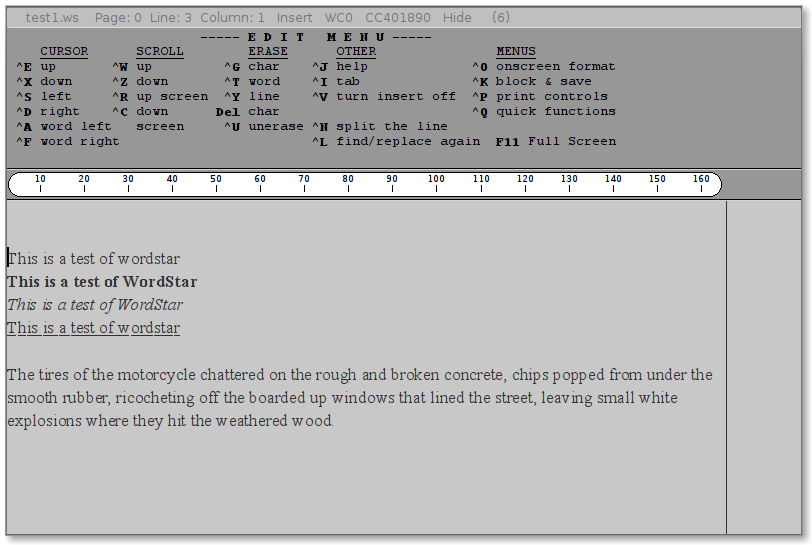 Then I’ll look into adding macros.  I’ve never used WordStar macros, so it’s a new one on me.

WordTsar (yeah, bad name) isn’t a WYSIWYG wordprocessor, but it does try make things look close.  For example, the screen width is the printer width (hard coded to 8.5 x 11 for now).  The screen shot above uses Times New Roman as it’s font, so variable width fonts are displayed correctly.  Bold, italics, etc are displayed as is as well.  The main code base can deal with font changes and display the correct font, but a user can’t change the font yet.  These font styles do not yet follow the WordStar font table.  I’m not sure if they will.  I’ve added a full screen mode, since I hate distractions when I write.  The program is UTF-8 throughout, except reading and writing of WordStar files, that’s still 8 bit ASCII.

It’s currently at version 0.0.1 Alpha, but it’s pretty stable and usable.  It has one crashing bug that I’m working on (weird delete problem).

I use wxWidgets to code it, so it’s cross platform: Windows, Linux, and OSX.  I currently only have the Linux version running, but next month, we’ll see.

Ahh, what I do to keep my programming skills up while I write!  Fun fun fun.