Summer has kicked in, and the Blog has officially entered a slow period.  I’m off camping with my boys for 7 weeks.  I’ll leave you with this, found on my good friend Rob Peters site.  He doesn’t know the source, so if someone does, let me know. 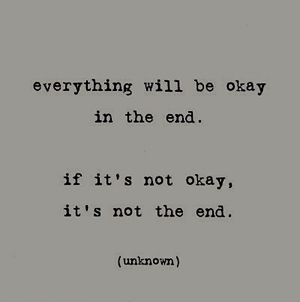 I don’t twitter, tweet, twat… whatever it is you call someone that uses twitter.   That being said, I found this link on Robert Sawyers blog, and it’s pretty darn good:

A 29 year old son lives with his 70+ Dad.  His twitter page is all about things his Dad says.  I’ll tell ya, his Dad is funny and wise.

“We didn’t have a prom. Dancing wasn’t allowed…What’s Footloose?…That’s the plot of the movie? That sounds like a pile of shit.”

“Remember how you used to make fun of me for being bald?…No, I’m not gonna make a joke. I’ll let your mirror do that.”

“Just pay the parking ticket. Don’t be so outraged. You’re not a freedom fighter in the civil rights movement. You double parked.”

A few years back, I was asked to leave my job by my wife.  Her work was stressful, and getting more-so, and it was getting difficult to balance our family responsibilities with those of our work.  I also wasn’t happy where I was, so it was an easy decision.

I did that for a couple of years before I was approached by someone I had worked for a long while ago.  Our discussions led to a contract position, and last year led to an employee position as head of their software department.  The work over the last few years has been interesting, complex, exasperating, and overall enjoyable.  During my stay, I noticed a lack of direction in their IT department, and started managing that area as well.  I enjoyed both jobs very much, and wish I could have stayed and done the family thing at the same time.

Unfortunately, even though they were willing to bend over backwards to help me maintain my position as the primary caregiver to my boys, I wasn’t able to achieve the balance I was striving for.  In the end, both my family and my employer were not getting all I had to give, and I felt something had to change.  After several discussions with my wife (and kids), we decided I would once again stay at home with the boys.

It was a difficult decision to make.  As I said earlier, my employer was extremely flexible.  I’m overjoyed to be going back to being a stay-at-home parent, but I also feel a rather large sense of loss… almost as though I gave up.

Norscan Instruments has been an exceptional employer, and I wish them the best of luck in the future.  My last day is November 24, 2009.

I thought I’d post a brief update on where things are at:

I’m camping with the boys again, trying to squeeze in an extra week before school starts.  I’m hoping to get a couple of weekends in as well, but we’ll see.

I’m continueing to revise ‘The Courier’, which may go through a title change soon.  I haven’t updated the revision page counter here yet, since the revisions are on paper and not in the computer yet.  I’m heading to Ghana in a couple of weeks, and I really want the thing revised and in the computer, so I can do more work while I’m there.

It looks like my status as a stay-at-home dad may change.  I haven’t got a formal offer yet, but it sounds close.  The job will completely work around the schedule of my boys, which means they’ll never notice I’m working.  I’ll still drop them off to school, pick them up, be home during school holidays, etc.  The potential work schedule is entirely based on the school year, which is great.  Personally, I’d rather stay at home than go and work, but the offer is almost like candy… tough to say no to.

To my faithful reader (singlular),

I apologize for the lack of posts.  I’ve had a contract job since early this year, and on top of putting in 6+ hours a day on that, I’ve also kept up my stay-at-home dad responsibilities.  This week, I’m doing 16 hrs a day on the contract, and Grandma is taking care of the boys.  Thanks Grammy!

Next week I’m of to Albequerque to visit my clients clients, and hopefully make a delivery.  The week after that is 3 weeks of camping with my boys, and a chance to rest.

Apparently, being a stay-at-home dad is still something of an oddity.  A friend of mine put a freelance writer in touch with me.  It seems she was writing an article for a new magazine called Sharp.  The article was about stay-at-home dads, how they handled the transition, what people thought about them, that sort of stuff.

Well, a couple of weeks ago she interviewed me for about a half an hour, and yesterday I got an email from the editor of the magazine asking for a family photo to run with my segment.  Cool.

I’m not sure if Sharp is available on newstands or not, but the June issue will have a bit of me in it.

Now it's Monday, and it's time to grab the Hoover and clean up after the wild and woolly weekend.

Everyone seems to have had fun though… especially the kids and their guests.  As with all kid get-togethers, we had a few issues.  A couple of the kids insisted on rough-housing, walking on the furniture, etc.  A couple of threats of time-outs brought them back to a reasonable level, I guess.

So, here I am, tired and cranky, and a proud  father to a five and a seven year old.  Go me!

It's official, summer is over.  My oldest started Grade 2 on Tuesday, and my youngest starts Kindergarten (full-time, mornings) on Monday.  We managed to squeeze in one more frog hunting expedition and one more day at the beach.  The beach ended up being a tad on the cool side, though the boys loved it, and the frog hunting wasn't as fulfilling as the last time we went.  The frogs, it seems, are beginning to hide for the coming winter.

Along with school starting, I seem to have turned the tide against the general malaise I've had.  I'm back to getting up at 5:00 AM and getting a good 1 1/2 to 2 hours of writing in.  Progress is still slow, since I'm taking draft 0 at ~33,000 words, and turning into a solid draft 1 at hopefully 90,000 + words.  At my current rate of rewriting (since I've got a spreadsheet to watch all this for me), I'll be at ~65,000 words when done.  That's with being only 8 scenes in so far.  I'll get the word count up there.  My speed should increase as well, since both kids will be at school in the mornings.  That'll give me another couple of hours to work.  I'm considerring adding a couple of hours in the evening during the winter months.

I can already hear some people asking what's up with blowing up the word count.  Most writers try to get the word count down on subsequent  drafts.  My outline was at 10,000 words, Draft 0 is a lot of telling and short sentences summarizing actions and feelings and stuff.  Draft 1 takes all of the telling and summaries and builds something that is actually readable.  That's why the word count goes up.  Pruning will happen later.

Oh, and I got the motorcycle on the road for the last warm month.  It was still on the expensive side, but I scrimped and saved and got it all together.  Now if only I could get Marnie home from work at a normal time so I could ride.

As a sign-off, this is one of my favorite songs, and the commercial is cool to boot: