I hate it when the ‘press’ calls anybody on the side of a hill a climber.  It just makes real climbers, those with training and proper safety gear, look very bad.

These morons are fairly high up, and walking on what appears  to be nothing but loose dirt and boulders.  I see helmets, rope, and other gear that can, and apparently should have, been used.  But it’s all clipped to their harnesses.  Pretty usefull there… NOT 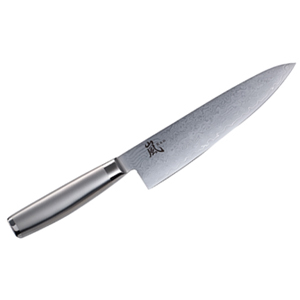 On Saturday night, we had our annual Barbecue for one of our kids classes as school.  This week was the Grade 1 class, and next week will be the Grade 3 class.

I heard the Grade 1 BBQ was a success.  Unfortunately, I wasn’t there to see it.  Ten minutes before the guests were supposed to arrive (about 30 in total, I think), I started cutting onions for the hotdogs.  About 9 minutes and 32 seconds before the guests were to arrive, I cut my self instead.  I almost ended up cutting the tip right off of my left hand ring finger.  My wife took me to the hospital, and friends (thanks Scott and Connie) took over the BBQ.

Marnie and I spent about 5 hours in the emergency room.  I now have 3 stitches holding the tip of my finger on, and I’ve been told I may actually lose the piece I cut.  It’s not that big a piece, but I find I’m rather attached to it.  Oh, and I have to check regularily for any green colors in the wound.  Great.

I’ve decided to take the bandage off Monday evening, to check the wound, and maybe see if I can get a smaller bandage on it.  Depending on how it looks, I may take a picture or two and post it here!

Typing is difficult, and I probably won’t be able to do any rock climbing when I’m in the Rockies at the end of July.  But, I’ll survive (we’ll see about the possible gangrene).

For some reason, none of the BBQ attendees ate any onions.

A friend of mine that blogs, Robert L. Peters, posted some pictures and a link to a video showing rock climbing on Mt. Baldy in 1938. Definitely worth a look see.

I went rock climbing this weekend!  Yahoo!  I think it was my second time this year.  Since the kids, the climbing has dropped off dramatically, say from every weekend to once or twice a year.

We didn't get much done, since it was a one day trip.  I lead:

Not too much, but considering we both really hadn't climbed this year, not too bad. 5.9 is pretty darn good for a couple of old-timers like us.  Which bring me to another point…

Gooseneck climbs have always been rated tough, and some people have decided to re-rate the climbs from the original.  For example, The Great Slab has been called a 5.10A.  Seriously, it's tough lead, but there is no single 5.10 move on it.  I would say its toughest move is a 5.9, hence the original 5.9 rating.  Climbs don't get rated higher just because they may be  tad run out, or every move is a tough 5.9.  If the toughest move is a 5.9, then that's what the climb is.

Being rather out of shape, I basically flogged myself on Blood in the Tracks.  I think I managed to finesse one move.  Every other move turned into a huge grunt fest, drama seeking debacle.  Still, I did lead it with a fall.

As a gauge of how I climb now to way back when… No one Nose took about 8 pieces of pro.  Way back when I did it with 2 or 3 pieces, and a lot quicker!

Hmmm. It seems that I’ve been tagged by Nichole, and I’m supposed to come up with 5 little known facts about myself. I’m then supposed to tag 5 other people so they can do the same. My only problem is that I don’t really know 5 other bloggers to tag, so the buck stops here (to use a worn out cliche, badly). Coming up with 5 things is somewhat tough.

Well, there ya go.

I’ve read some of these and found them good. Hopefully the rest are as well.

A very busy, non-writing day. Ryan and I did some fun stuff with some of the other parents and kids this morning, and this afternoon was pretty much wasted at the dentists office.

Writing
I had planned to write this evening, but my brother called and we talked for a few hours. It was okay, since I was feeling under-motivated and lethargic. I would have spent the evening clicking links on web pages anyway. Tomorrow will be a productive day!

Misc
The Sunburst Award for Canadian Speculative Fiction was given out.

And now for some solo rock climbing up The Nose in Yosemite. 3000 feet up, and no rope. Yikes.

This was Gregors last day in town, so we went rock climbing. We picked up Rob and Ev on the way, and ended up having an absolutely wonderful day.

We started by eating lunch and having a couple of beers, then Gregor tried to lead Weasel Crack (5.7), and got suckered in. For a 5.7, it’s a tricky, deep, off width crack. If you get the sequence wrong, you end up too deep. Which is exactly where the damn thing wants you, so it can spit you out. He bailed, and I finished the lead for him, making up for my abysmal performance on it a couple of weeks ago.

I was feeling pretty good, so I decided to do Gimme Gimme Gimme (5.10). It really has only one 5.10 move on it, and it’s protected by the only bolt on the route. Still, I must have fallen at least a dozen times. Gregor was my belayer, and had the patience of a saint. I finished it, and brought up Gregor and Rob. Fun stuff.

That ended up being it for the day. We ate a bit more of our lunch, finished our beers, and swam in the lake (not neccesarily in that order).