﻿I’m a member of a fabulous on-line writing group called Backspace.  Many of our members are published authors, and I made an offer to them.  Write a guest blog, on (almost) any topic you like, and I’ll post a link to their book(s) in the side panel. 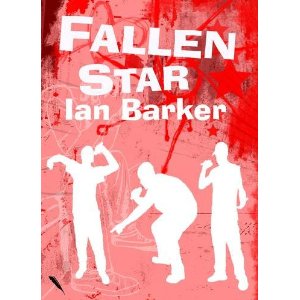 How not to write a novel

Read pretty much any creative writing guide and it will tell you that a number of things are essential to the process. Write every day, get the first draft down before editing, start at the beginning and write to the end, and more.

Do I do all of those things? No. Possibly because I have to write to strict deadlines and tight word counts for the day job I’m horribly ill-disciplined when it comes to writing fiction. I don’t write for long periods, I edit as I go and I write scenes out of sequence.

How, you might ask, do I ever get anything done? Well, it’s a slow process, both Fallen Star and the unpublished novel that preceded it took more than two years to write. I do make lots of notes, when an idea for a scene or a line of dialogue pops into my head I write it down along with salient facts that might come in handy. These can be picked up from many sources, TV, newspapers, magazines, all over the place. I also tend to have ideas whilst driving which doesn’t lend itself to making notes – though if an idea can last twenty miles or so it’s usually worth keeping.

I also like to have an outline. I need to know roughly where the story ends, though the journey to get there may not always stick to the original route. When I do write it’s usually in short spurts.

One of the best pieces of writing advice I’ve picked up along the way is to write first and research later. Get the story sorted then you can check the facts. If you do too much research up front you end up with stacks of material you feel you have to include and that works against the story. All of the detailed stuff for Fallen Star – particularly relating to the Northern Ireland conflict – was researched after I’d written the basic story.

If I have a tip for other writers it’s this. If a particular way of working suits you do it. Don’t feel you have to work a certain way because someone else says it’s a good idea. Find your own technique. Just don’t do it my way!

Fallen Star: The book is about the shallowness of celebrity culture, the price of fame and how, almost inevitably, we find ourselves living in the shadow of our parents and often repeating their mistakes.
Karl has been a member of a boy band since leaving school and at 21 knows no other life. When another band member dies of a drug overdose he’s forced to readjust to real life. To further complicate things he falls in love with Lizzie, but she’s the daughter of an IRA terrorist and that makes her someone Karl’s ex-soldier father is bound to hate.
All of that might sound a bit grim but there’s a lot of comedy in the book. Although it’s been described as a modern day morality tale it seeks to shine a light on modern society not hit you over the head with a message.

The book is available in both ebook and tree book forms from Amazon and other bookshops.

Ian has always dabbled in writing since leaving school. However, he spent almost 20 years working in IT before he discovered that writing about computers was easier than fixing them. He is now editor of PC Utilities magazine and lives and works in Greater Manchester, UK. Fallen Star is his début novel. Ian can be found on the Web at www.iandavidbarker.co.uk